14/21 "She Followed Me Home" (album: Hemlock Honey and Crows) is the true story of a ghost who camped out in my basement.

When I lived in Aldershot I was within walking distance of the area's oldest cemeteries. Aldershot and the lower part of Hamilton used to be called Head-of-the-Lake, and being right across the water from Buffalo (you can see the city from the shore) it was the provincial capital before Toronto.

Cemeteries are fascinating places. They're peaceful places, and a lot of folks walk/run through them. They're natural places, all the trees growing tall. They're also gruesome places. Not only because bodies lie in neat little boxes beneath your feet, but because those very pretty trees are eating them.

The juxtaposition of beauty and bone as a commentary on mortality and the life and death bond, speaks deeply to me. I am very comfortable in cemeteries. But one day someone without a body was looking for someone who could take on her cause. And she spotted me.

I can't prove it, but my experience has taught me that folks who can see what/who isn't there, shine like a lighthouse to those who can't otherwise be seen. Some of them see that light as a beacon, and if they need the kind of intervention only the corporeal can provide, them come.

She hid out in my basement in the dark, waiting for me to say hi. When I didn't, she started appearing when I turned a corner, watched me while I slept, and finally flew up the stairs in a rage to stare me down.

You have to draw a line somewhere.

Years after I had sent her on her way (to someone who could help her, if she could set aside her pride and allow herself to be helped) I wrote her this song.

Cemeteries are full of the dead, most of them peaceful, most of them gone. But they are also populated by the living, and sometimes the non-corporeal, and every now and then one of them is looking for someone like me.

Our last meeting was very memorable. She was dramatic. I could see what she wore, the mud her boots squelched through, but ultimately it was only attention she sought. I couldn't help her. 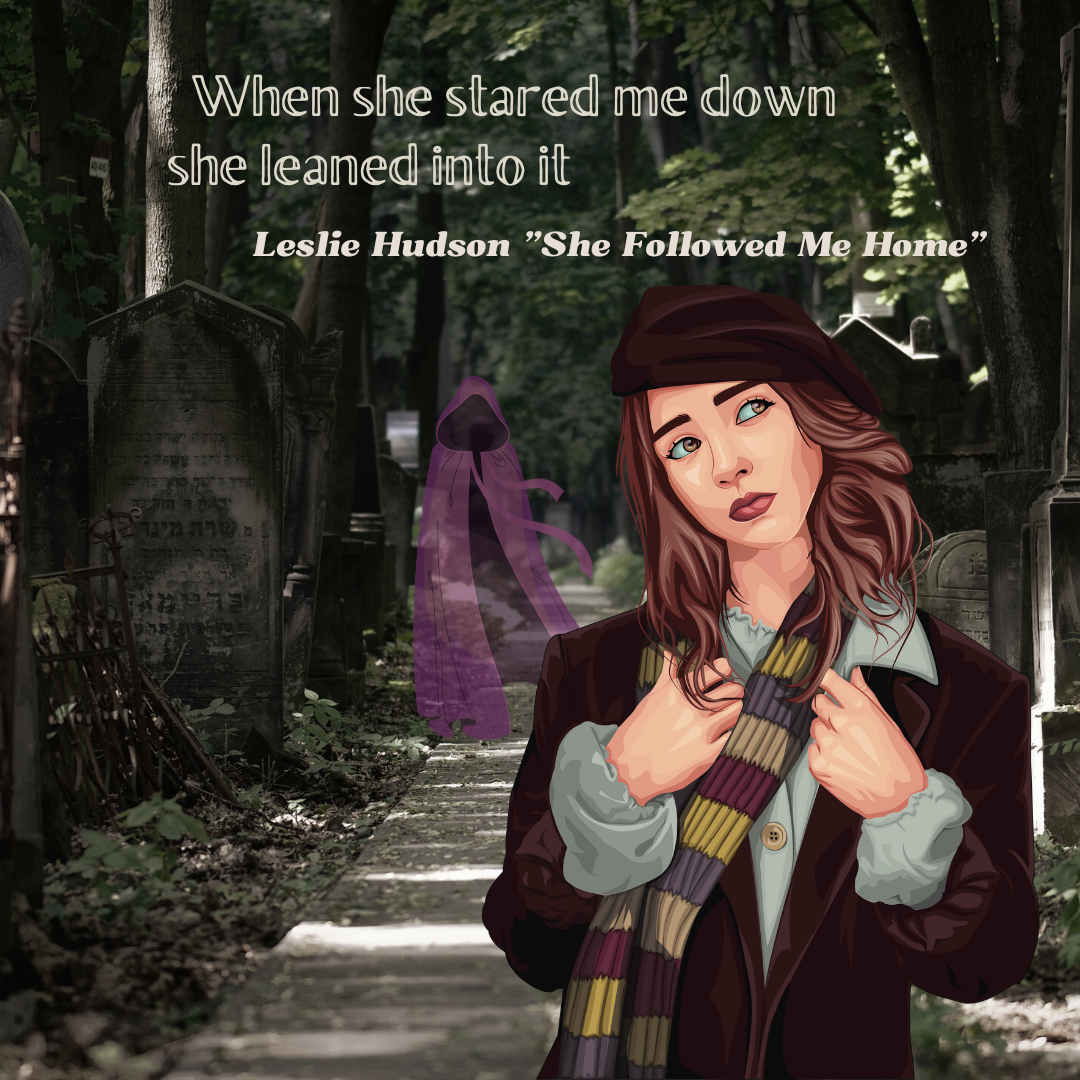