15/21 "Tantalized" (album: The Wanderlings Volume One; the StorySinger set: Live in Germany) comes from a medieval Spanish folktale about a woman who became a snake by night.

This was one of those songs that when I first started touring internationally on my own, audiences *really* connected with. Sometimes the songs I write don't tell me who they really are until they're performed. Then they take on a life of their own.

It was one of those songs that folks who heard it requested often, and it unexpectedly became a core piece on my 2017 tour. I've sung and played it with many of my favourite people over the years, and the story I tell to introduce it is this:

Once there was a rich man who left town single and came back hitched. His nephew was suspicious of this woman and set about to discover her secret. At night he found a giant black snake in the house. First it was on the doorstep, then the stairs, then the hall, and finally in his bed.

Enough was enough. He attacked it. In the morning, the lady of the house appeared with an injured arm. The next night the same and the following morning she had sustained another injury.

Clearly there is a connection between woman and snake. All they would have to do is find her skin and throw it on the fire to break the spell. But I don't tell the story for them, I tell it for her.

Listen to the story

Listen to the live track

Listen to the original track

There are similarities between this story and the selkie stories of Ireland. The secret is in the skin, either to keep or destroy the shapeshifter. Here, the power lies with the serpent woman. She's not benign, but she is sovereign.

I love that this bit of folklore is 900 years old. The version I read was one of those Favorite Folktales from around the World, edited by Jane Yolen. When I first started writing the Wanderlings this book was my primary resource, and it was hard to only choose a few. 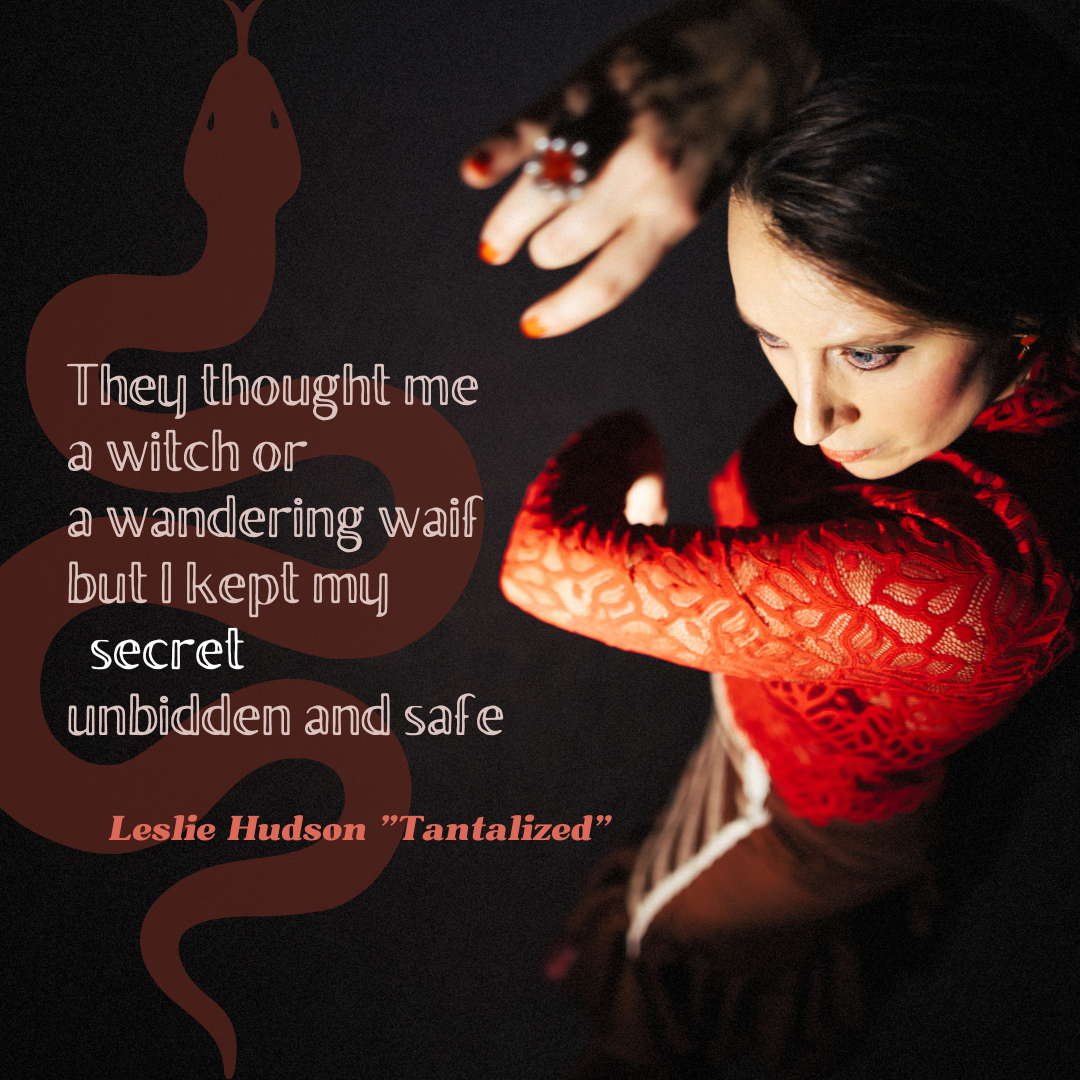